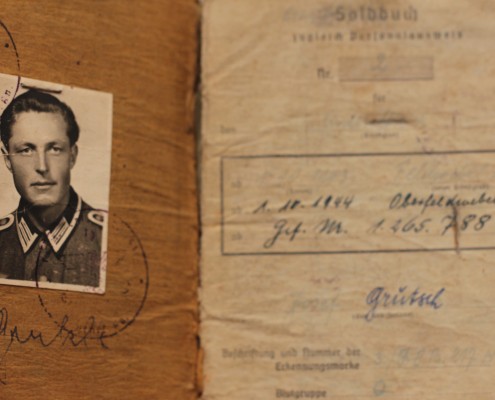 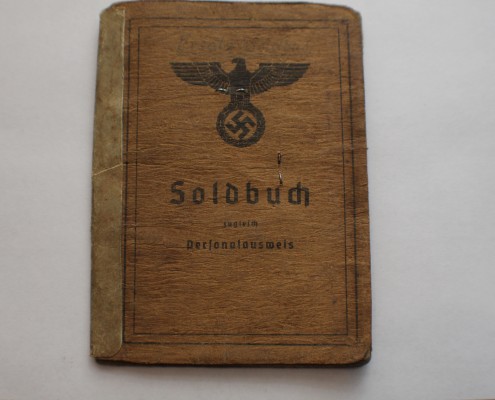 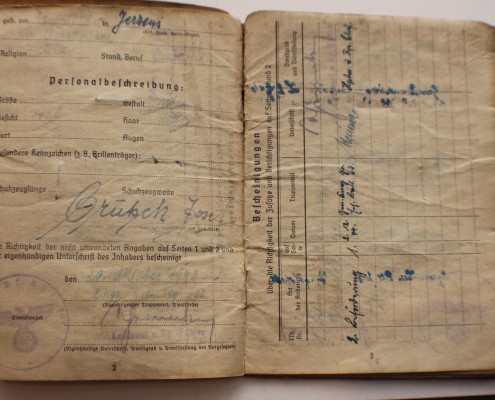 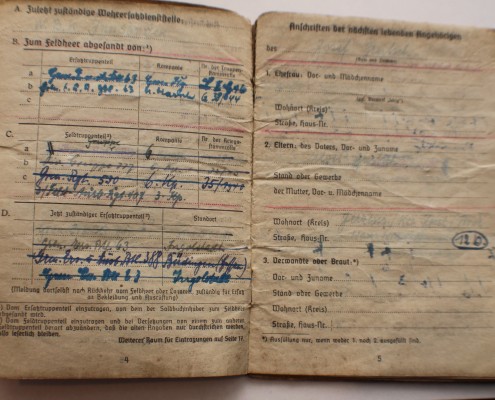 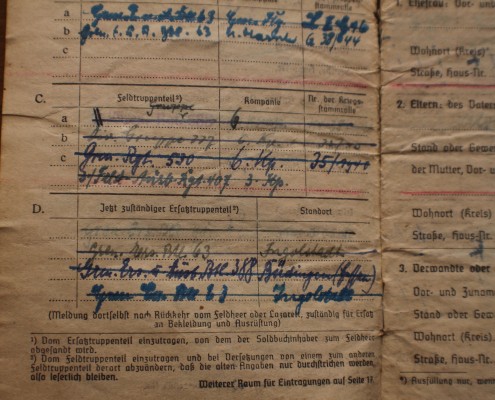 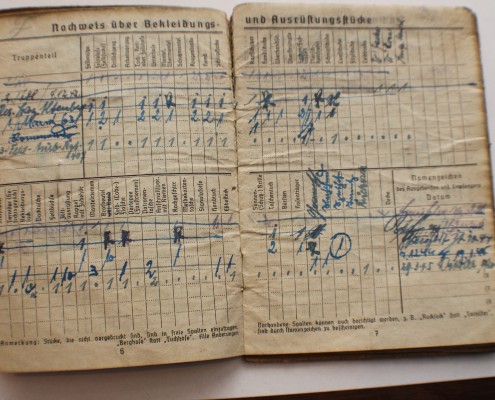 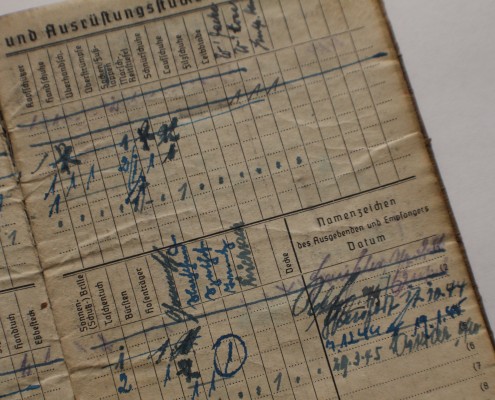 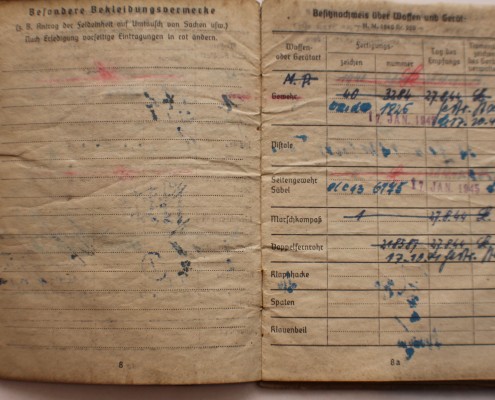 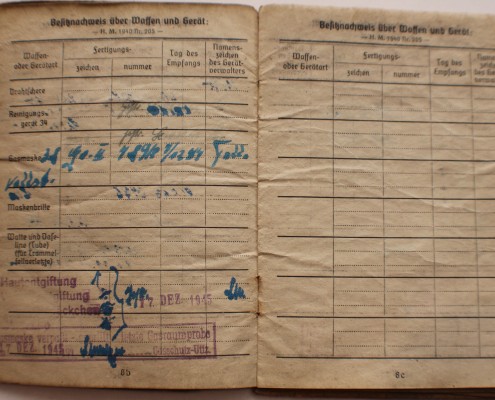 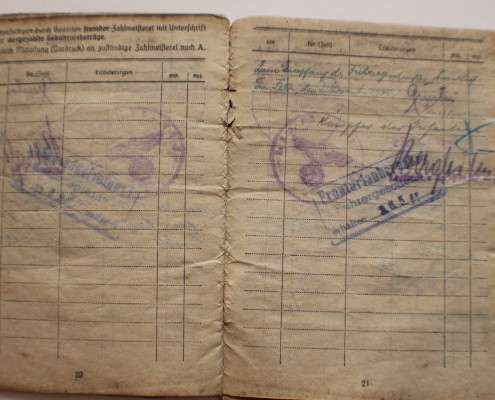 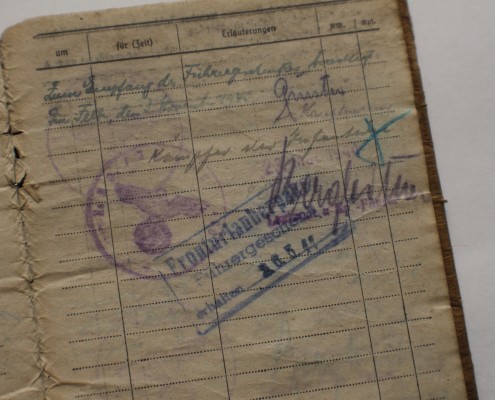 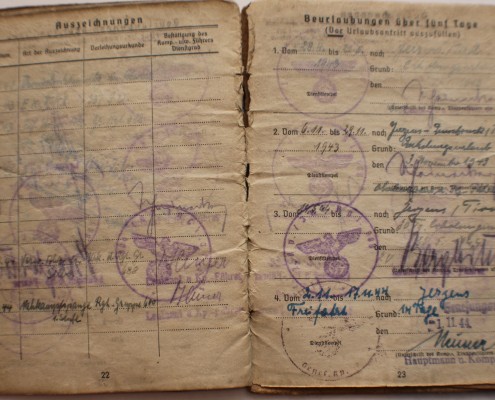 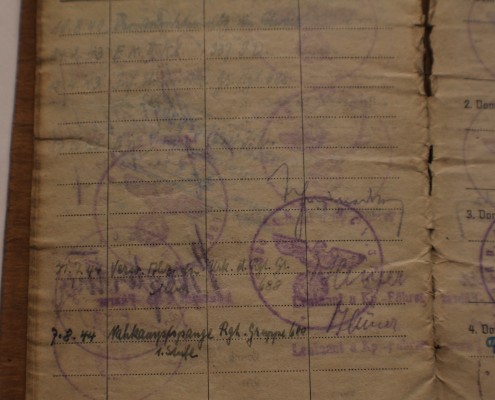 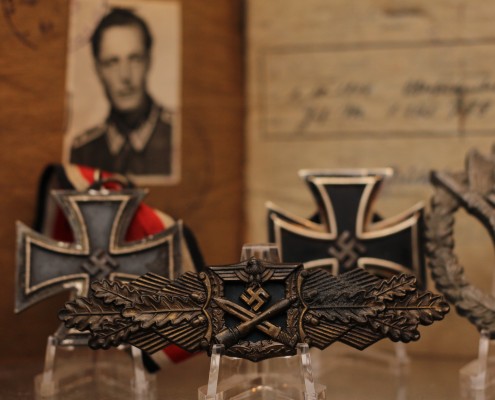 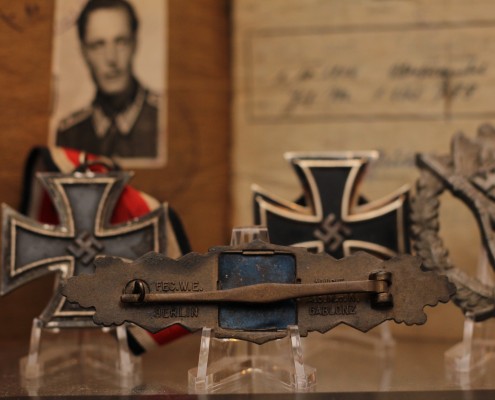 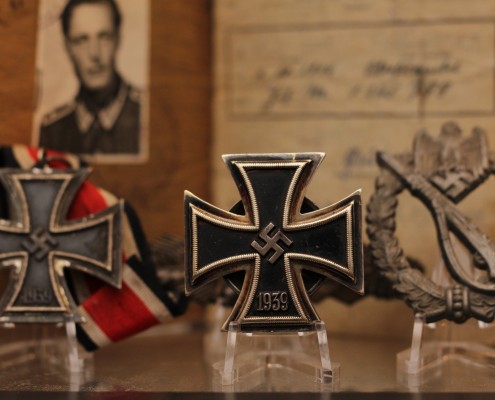 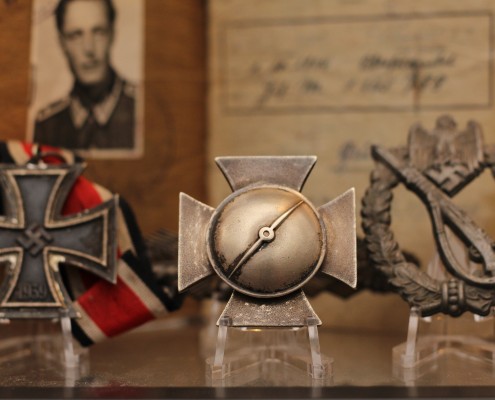 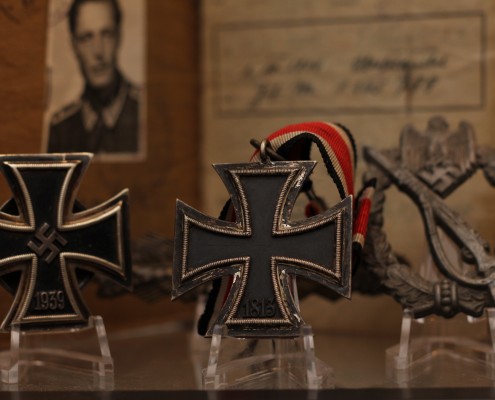 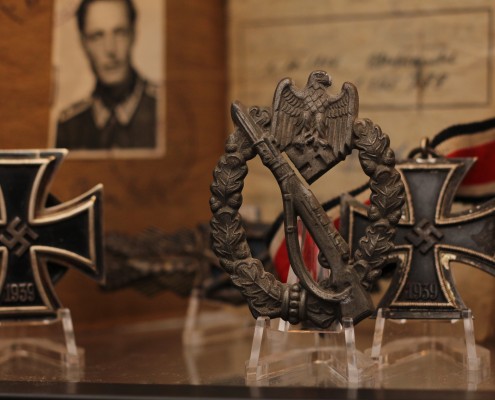 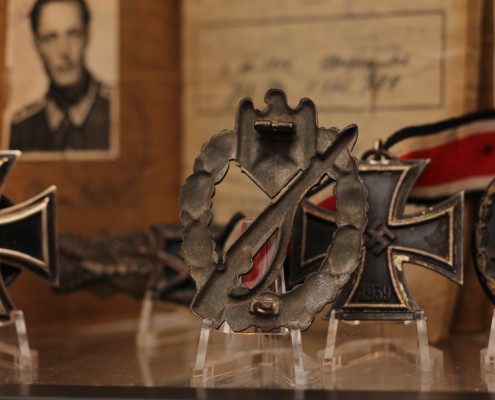 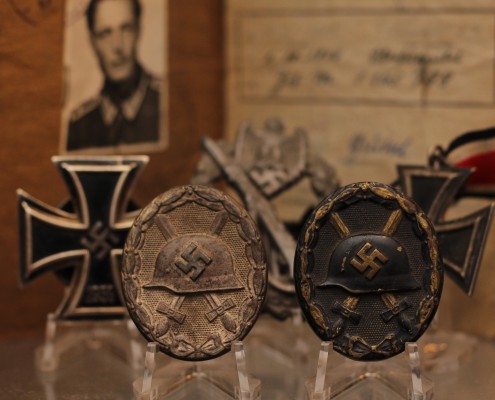 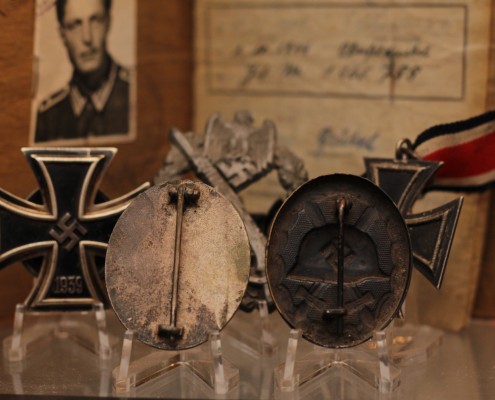 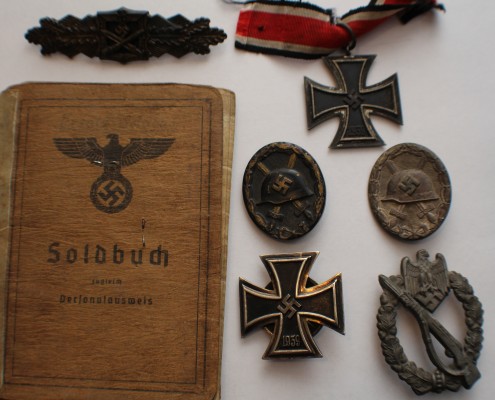 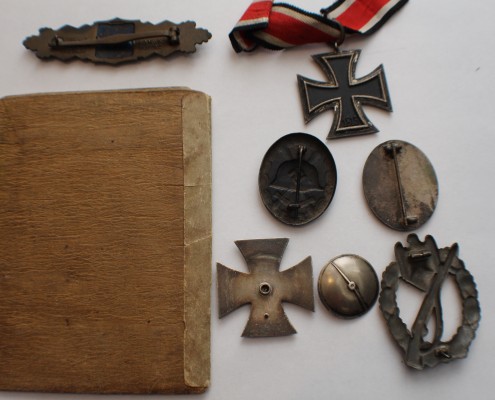 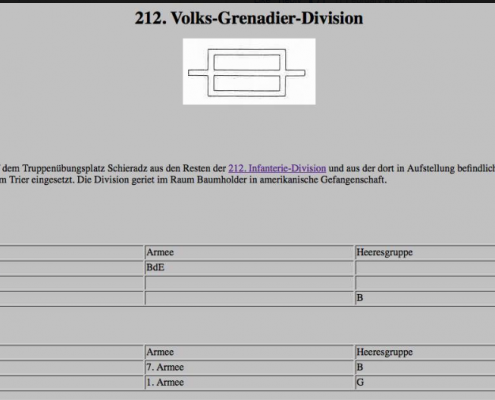 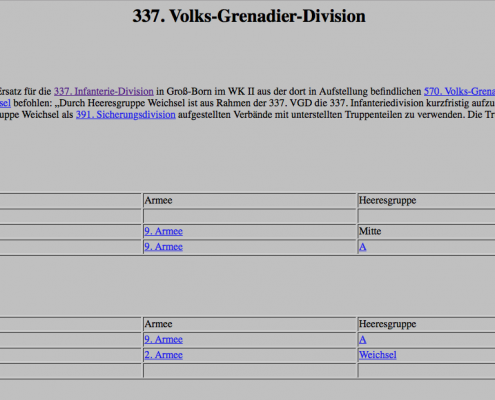 A beautiful and amazing grouping to a very brave soldier, who was no stranger to Close Combat!

A very nice Grouping consisting of the following,

This lot came directly from the family in Germany in 2016.

His rank is – Oberfeldwebel (Staff Sergeant)

See external links below for more information on the Units.

Some interesting items he was issued with – Winter reversible Jacket and trousers, a rucksack, The famous MP40 Machine Pistol, Rabbit Ear binoculars.

He was given on two occasions a ‘Führergeschenk’  a type of moral booster a package containing some extra rations, and likely some cigarettes or alcohol.

Where he won his medals…

He survived the war from my information. I have also not found him on the Volksbunds lists or the German Red Cross lists. Seems he was with this Div for the final stages of the war.

He has the rare entry for ‘Kampfer der Infantrie’ which seems from a little research to get it it must have been – ‘‘To receieve such a entry, the soldier had to bear up against the enemy with knife, spade or rifle butt until final decision. So called body contact towards the enemy. ”

A complete lot like this is hard to find today, another ‘out of the woodwork’ item brought to you by Adler Militaria!

The Soldbuch has signs of use as is typical for frontline Soldbuchs. Inside of Soldbuch is loose inside the cover (typical). They were carried at all times on the soldier so they went into the fight along with soldier! Some entries are a little hard to read due to age and ink fading, but the best parts have been deciphered for you.  The Medals, only the Infantry Assault Badge has a pin missing. All the rest are in good but used condition. All show signs of wear and usage.