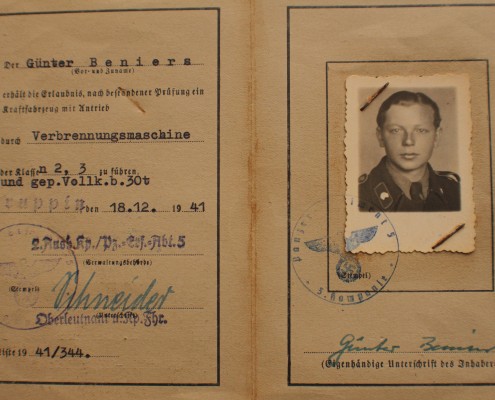 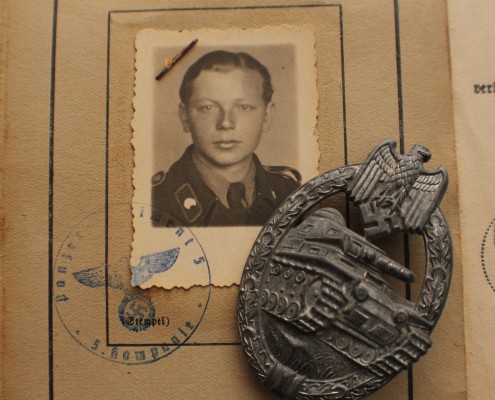 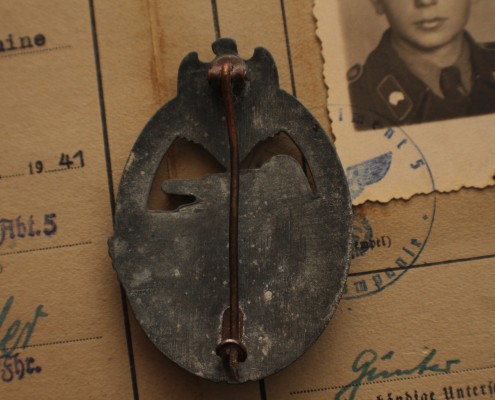 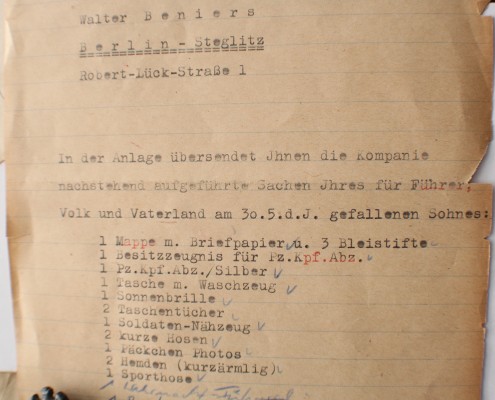 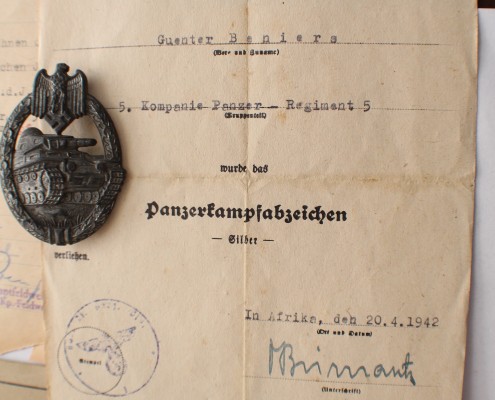 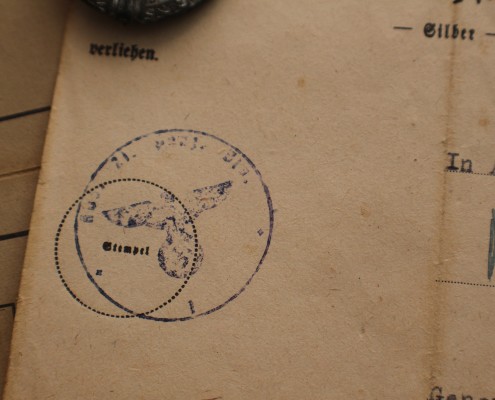 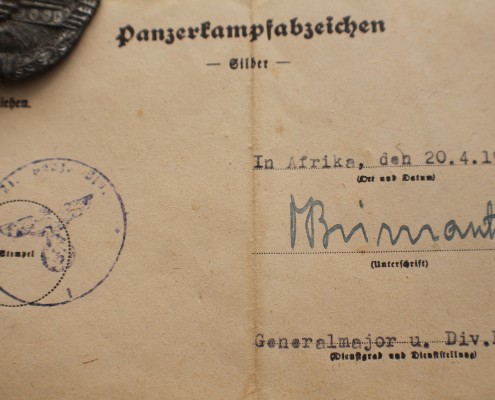 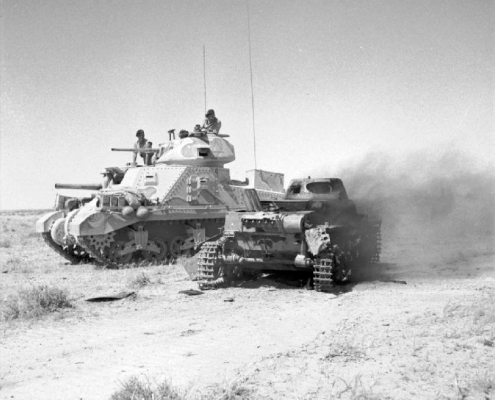 Here is an amazing and sad piece of history!

A very nice Grouping consisting of the following,

This lot came directly from the family in Germany in 2015.

His role – A Panzer Driver with 5 Kompanie, Panzer Regiment 5.

His name is – Günter Beniers

See external links below for more information on the Unit.

Günter Beniers was hit in his tank not far from the town of Sidi Mufta (Libya) his tanks was among 11 tanks hit in that action. He died later that day of his injuries in a small field hospital near the front on 30.4.1942. At this time someone form his unit took his Tank Drivers Licence, his Panzer Badge and his Award Document for the Panzer Assault badge in Silver among other things he sent them home. To know that these items were taken from his body and sent home makes this grouping a very interesting and historical grouping and a very rare set.

German Records show that he is buried in Tobruk in Libya – See picture below for a copy of his Volksbund Information. 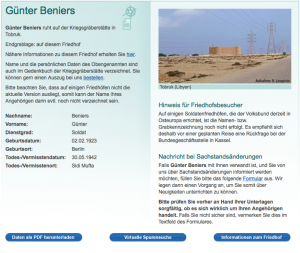 His death was a result of a mission from Rommels AfrikaKorps to attack the British Forces in the Gazala positions it took place between the 26.5.1942 – 19.6.1942 the operation was codenamed Operation – ”Theseus”

An extract from the book – ”Geschichte des Panzerregiments 5 1935-1943” by Bernd Hartmann. (Available online)

” At the forefront of the 21st Panzer Division was Panzer Regiment 5, by the 30th of May it had reached the strong point Got el Ualeb south of Sidi Muftah. The Regiment ran into heavy defensive fire, lost 11 Tanks and was repulsed.”

More extracts from the book – Map and in Memory Table. 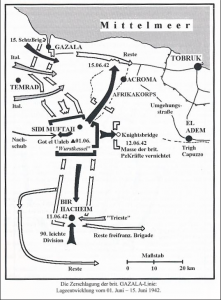 Günter Benders is one of the men mentioned in the above book as not to be forgotten. 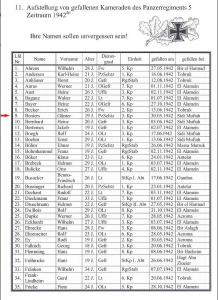 The Urkunde – Award Document for the Panzer Assault Badge in Silver is signed by Knights Cross holder and son of the famous Bismarck! Signed von Bismarck in Afrika, 20.4.1942. He would later fall in combat killed by a mine while leading the 21st Panzer Division in the Battle of Alam el Halfa, 31 August 1942 in North Africa – As a result his signature extremely hard to find in todays market.

Here is a link to the history of Georg von Bismarck. 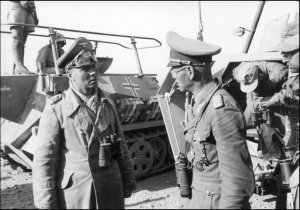 The items are in in Very good condition – have been stored in chemical free Plastic and out of sunlight. The Panzer Assault badge in Silver is in good condition.