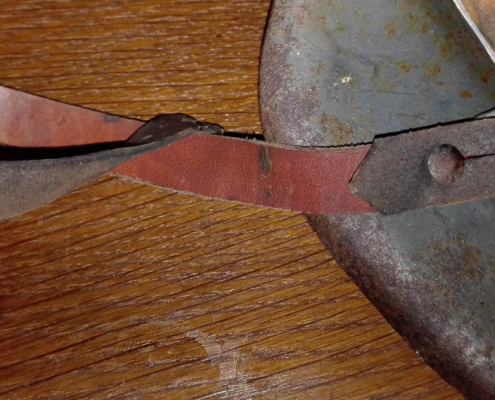 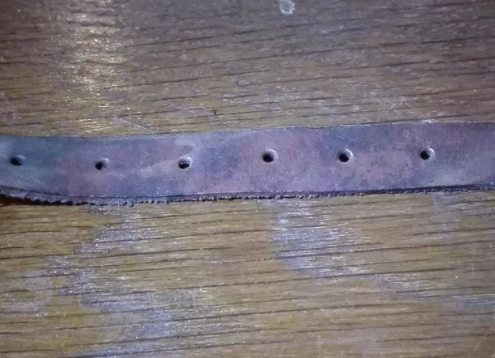 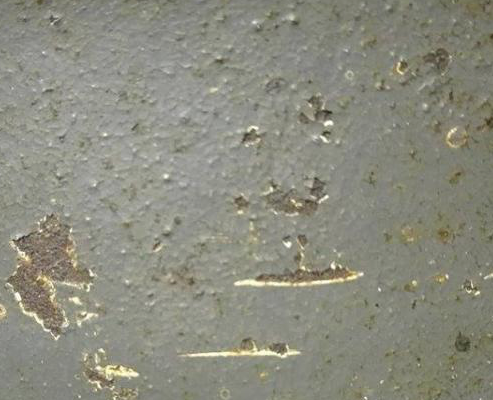 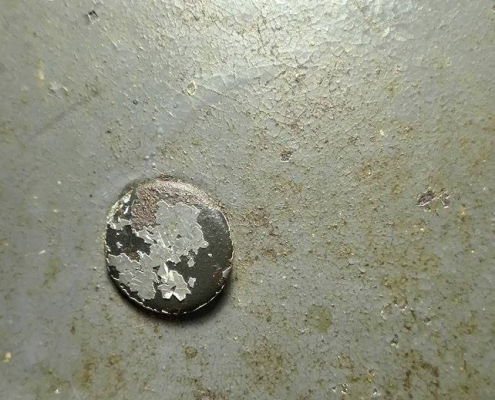 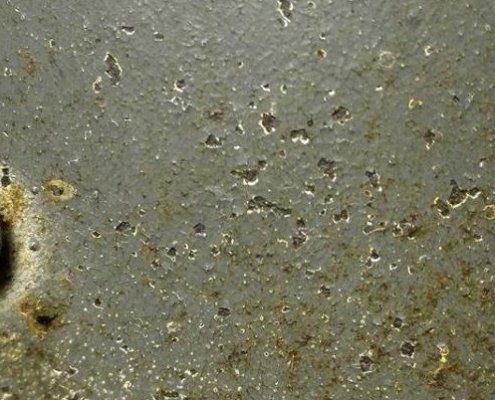 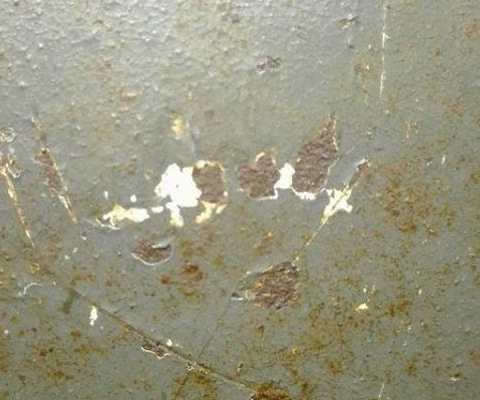 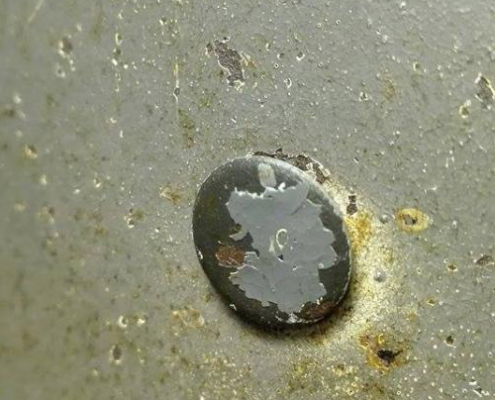 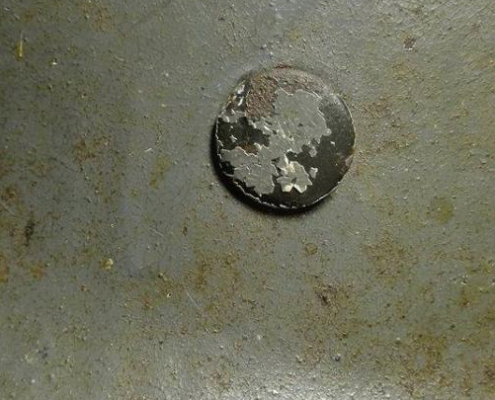 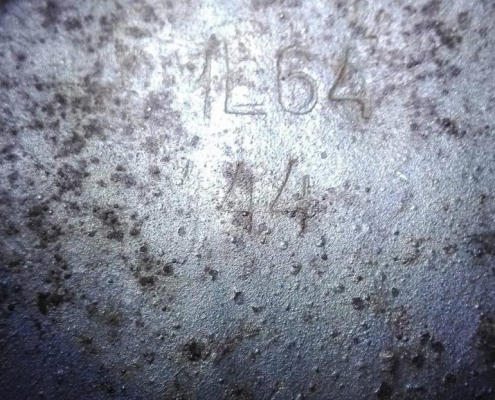 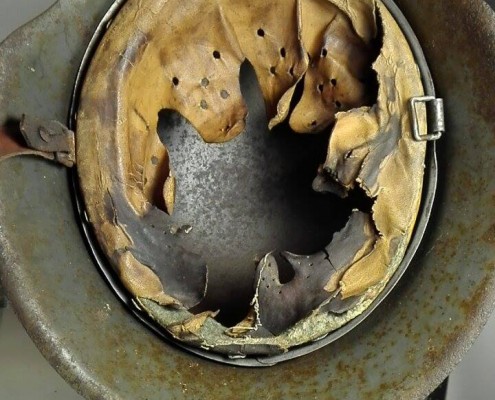 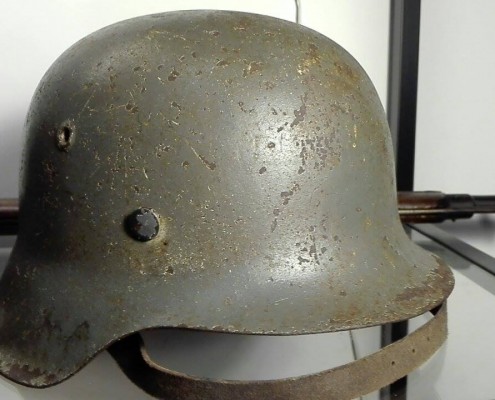 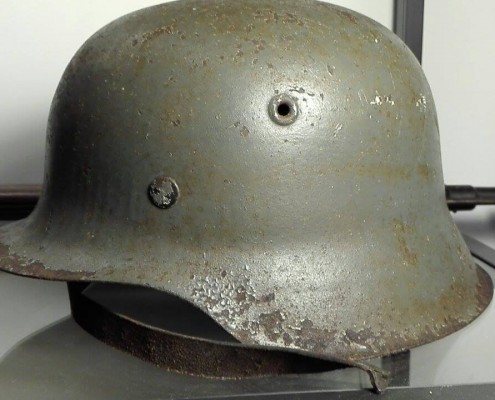 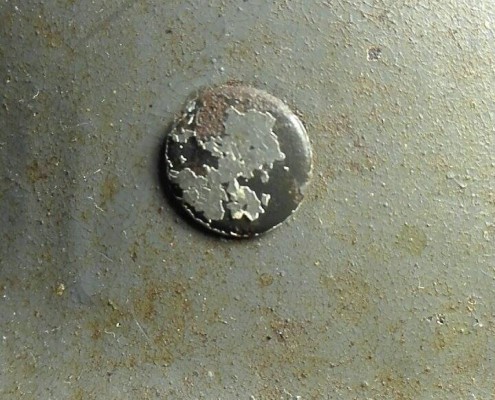 Here we have a very interesting piece of Military History!

A M42 German Helmet –   – Very late war quality and very rarely seen on the market. The Helmet displays at least 90% of its original paint.

These Thale 45 Helmets are covered in –

ONLY for a real German Helmet Connoisseur!

They are very rare to find in Western Collections due to Thale falling into Soviet Hands and the stock sent to the CZ!

During the early years of the Third Reich the development of the smaller, lighter M35 style helmet in June 1935. In an effort to reduced construction time and labor costs minor modifications were introduced in March 1940 resulting in the M40 helmet. Further construction modifications were undertaken in August 1942 resulting in the M42 helmet. Originally the Third Reich national tri-color helmet decal was introduced on March 14th 1933 for wear on the left side of the helmet to replace the Reichswehr era state shield insignia. Regulations of February 17th 1934 introduced the Wehrmacht eagle decal and the national tri-color decal was shifted to the right side of the helmet with the Wehrmacht eagle decal positioned on the left hand side. Regulations of March 21st 1940 dictated that the national tri-color decal was to be removed from all helmets and further regulations of August 28th 1943 abolished the Wehrmacht eagle decal and dictated that it was also to be removed from all helmets although the directives were not completely adhered to.

As late as late war items get… its really last ditch.  It has been removed from a Wounded or Fallen soldier – note the blood stains on the liner and chin strap.

Shrinking of the ‘pigskin’ due to bloodstains.

The Helmet itself was found in 2015 in Germany in an attic. It was taken from a dead or wounded soldier – due to the chin strap being pulled off and bloodstains in the liner.

It is the WORST quality helmet I have ever seen! Feels Lighter, made of mixed factory parts!

Liner was never touched or opened!

Such M42s manufactured in 1945 are near impossible to find in such condition.

Typically stamped, very late war sheet steel construction helmet retains about 90% of its original paint. Some small rusted areas, see photo. All three liner retaining rivets are intact. The interior of the helmet has signs of typical sweat usage, and has been bloodstained.

The reverse, interior neck guard apron has a stamped serial number, “#44”, and the manufacturers code and size, “*CKL64”, indicating manufacture by the Thale factory,  size 64. Original chinstrap is present, buckle is missing due to being pulled of wears head with force. Overall a nice, worn and used example.

If only it could speak…