This grouping spans across the career of one German Soldier, it is extremely hard to find such complete groupings nowadays, from the envelopes down to the death card this set is complete.

Johann ‘Hans’ Heuken born on the 17th of November 1919 in Wesel. He was born into a catholic family and was not married. He was trained as a Moulder, pressing forms from items made of early plastics or metal.

Heuken joined the Reichsarbeitsdienst on the 15th of August 1939, his service cut short in June 1940 Heuken joined the Wehrmacht. He swore his allegiance on the 22nd of June 1940 at his new unit, a replacement unit of the IR 39 in Könitz. Heuken was trained on the P08 Luger, K98 Rifle and the MG 34.

He was sent to the front on the 21.8.1940 and served exclusively with Infantry Regiment 39, under the 26 Infantry Division.

Wounded on the 28th of August 1941 in central Russia with Heeresgruppe Mitte (Polozk, Düna) with a shot hitting his chest.

Heuken was awarded the Wounds Badge in Black, and returned to his unit in September 1941.

‘’Military units which contain assault troops are typically organised for mobility with the intention that they will penetrate enemy defences and attack into the enemy’s vulnerable rear areas. Any specialised, elite unit formed to fight an engagement via overwhelming assault (usually) would be considered shock troops, as opposed to a “special forces” or commando style units (intended mostly for covert operations). Both types of units could fight behind enemy lines, by surprise if required, however.’’

Heuken was awarded the same day the Iron Cross Second Class, and the certificate was hand signed by Knightcross Winner with Oak Leafs : General Friedrich Wiese, pictured below. 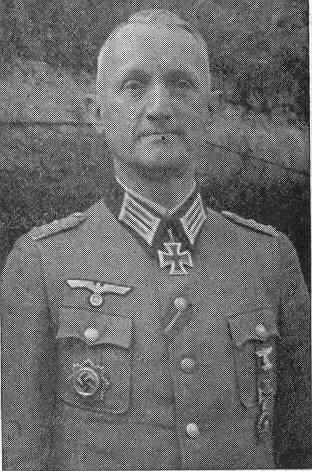 The Wehrpass were returned in the envelope addressed to Heuken’s father.

Heuken was never found and is likely still in the forest north west of Oserenskij / Bolchow, the German authorities have not located his body. 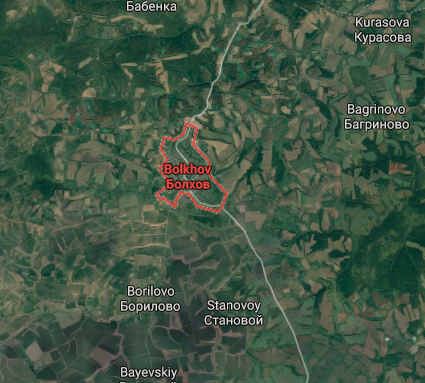 A letter dated: 30.August. 1942 from his company NCO called Dicken arrived at the Heuken family home.

‘ Your son was killed in action 1500m west of Oserensky in a forest. He was hit in the head with a grenade splinter and didn’t suffer. On that day the Soviets attacked his positions with tank support. He was storming forward with his company commander and two others, when he was killed. We were not able to recover his body.’’

On June 22, 1941, the Russian campaign began for the regiment. After the winter battle of Rzhev, the regiment returned on February 27, 1942 to the 26th Infantry Division.

It was used in the defensive position of the division, which was about 10 km northwest Rshew north of the Volga. The regimental command post was in the village of Pochinki and later in shelters north and then northwest of it. The divisional command post was in the village of Kowynewo, about 5 km northwest of Rshew. The regiment remained in this position under two, slight shift of its section until the end of July 1942. In this position, mostly training and Stellungsbau operated. In addition, the regiment was refilled personnel. On March 22, the III. Battalion launched a raiding party on Star Filikino, on 7 April 1942 on Koleswikowo.

On April 25, 1942, the company “Uferbalken” took place. In this attack, an improvement of the own position course should be achieved. In addition, the opposing Russian troops should be worried. The 26th Infantry Division was tasked with smashing its enemy in positions on the south bank of the Koksha River, winning the field-strong Koksha, and winning and maintaining the Koksha River as the new HKL. It was therefore an attack with limited targets from its own HKL against a developed and fortified position of the enemy in a width of about 7 km and a depth of about 1 km. With ample time available, the troop had been thoroughly prepared for the attack. The enemy was estimated in the attack room on this side of the Koksha River at three battalions with strong battalions, supported by two light and three medium batteries and tanks. Its reserves were adopted beyond the Koksha River. For the attack they were provided in the HKL (Main frontline).

The battalions were each reenforced by a l. Infantry Cannon, 1 l. PAK Anti-Tank and a pioneer unit.

In addition, the “Panzer Company Hummel” with 10 tanks Mark III and two tanks Mark IV and the assault battery “Scherer” with 5 assault guns participated. Division infantry regiment 77 was not involved in the attack. It had to hold the positions on the right wing of the division and the connection with the right attack wing.

The attacking time was set at 3:25 on April 25, 1942. The attack was opened by firing 10 minutes of total artillery. Under the powerful effect of the artillery, the infantry worked its way to the enemy positions. Some losses occurred because the infantry ran into their own fire in their attack momentum. The weather had gotten bad, cloudy and rainy. Tanks and assault guns had to overcome considerable difficulties in the difficult ground. Already at 7:30 am, the target was generally reached. At 9.00 o’clock it was firmly in German hands. The surprise of the enemy was completely successful. The enemy partly fled from his positions. Also position reversal of the enemy artillery backwards was observed. The own losses were low. They occurred mainly through the enemy barrage and during burial in the new HVAC. Six fortified villages were stormed, about 100 prisoners were taken and four materials were captured. At 14.00 o’clock counterattacks of the enemy with tanks were shattered by combined fire of artillery (40 barrels). On the night of April 26, 1942, smaller enemy attacks were turned down.