Erich Gründel was born on 7th of April 1926 in Leipzig, Germany. Gründel believed in God, and learned to be a technical drawer.

Gründel was issued his full SS Uniform on the 19th of January 1944, he would join his unit frontline unit in March 1944 (according to a security stamp on page 15).

A very nice photo of Gründel can be seen in the Soldbuch, entered in with his LAH Shoulder ciphers visible!

The Division was in France, schwere SS Art Abt 101 was on the 6th of June 1944 just north of Beavais (Normandy) they moved into position on the 10th of June 1944 in order to fire directly onto the coast, just 17 Kilometers away they set up at Bretteville sur Odom (near Caen). They clearly could fire as far as Gold Beach as they had a 30 KM range.According to Fischer (Von Berlin bis Caen) 2004 p.144. 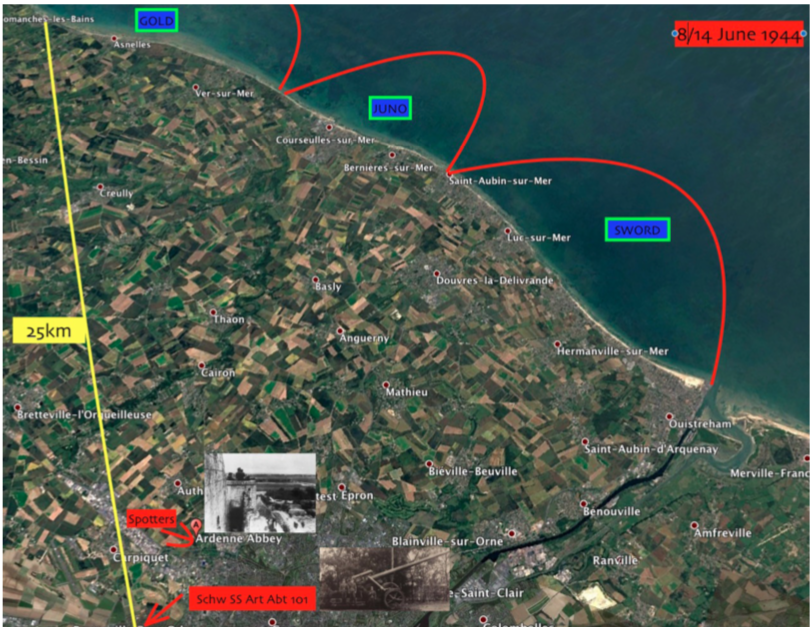 Both 17cm Batteries of the Schw SS Art Korps 101 were firing on Allied positions, landing craft and Cruisers at sea, using the maximum range of 30 Kilometers of their cannons. The 2nd Battery commanded by Hauptsturmführer STETTNER (KIA 1945) recorded to have sunk two landing craft, a few troop transporters were badly damaged and a Cruiser was completely put out of action. (Cruiser Jean Bart is mentioned). Also destroyed was allied transport planes on the landing strips. The batteries changed cannon directions to the town of Villers-Bo- cage, in support of the Tank Battle raging on the 13th of June 1944. In order to support the 2./s.SS-Pz. Abt.101s – including the Tiger Tank of Wittmann is also recorded as having towed their artillery!
All Batteries gave fire support to the 12.SS Pz.Div Hitler Jugend on 25. June.1944 at Fontenay-le-Pesnel and Rauray. 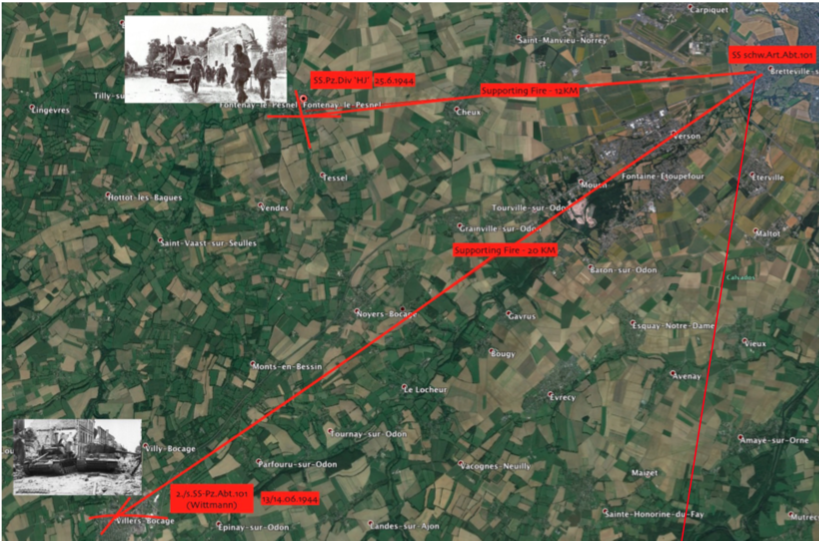 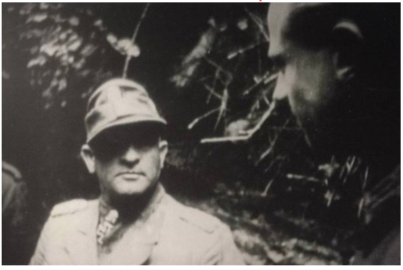 Gründel was badly wounded earning the Silver Wounds Badge in October 1944 in the SS Hospital in Prag.

In the rear of the Soldbuch is two Merkblätter: 1 for Sexually Transmitted Diseases as warning to German Soldiers. 2 For the dangers of Typhus.