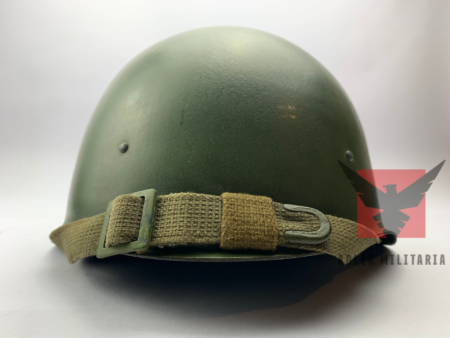 Untouched, near mint example of a Soviet Ssh40 Helmet, identical to the few years earlier version of World War Two.

This is a perfect filler for a rather sought after helmet.

It could be that some parts are in fact WW2, and that it was repainted and reissued just after WW2.