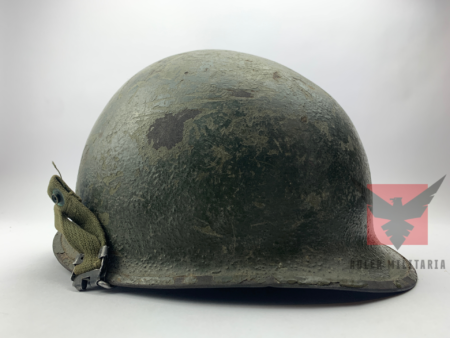 This is an early war “RIGGER” modified helmet. This is where the original ww2 stock was modified and reused for the Korean conflict.  The helmet has a nice heavy paint scheme.

Watch a Documentary about the Korean War!