Really impressive photo of this young man, who is wearing the 118 on his shoulder board. He was combat decorated, with at least the Iron Cross Second Class.

Defensive battles along the Lama followed by mid-January 1942 and then by February 23, 1942, the withdrawal to the barbarian position east of Wosskressenskoje. The division stayed here until the end of July 1942, when it had to withdraw to more favorable bases on Gshat near Trisseli – Barsuki – Prilepy. From October the division, especially its infantry and artillery, could be refreshed close to the front. From November 24th to the beginning of January 1943 she took part in the defense of the Russian winter offensive against the front arc of the 9th Army east of Sychevka – west of Rzhev – on both sides of Belyj. Then the division was used for defense in the area south of Karmanowo. From March 1 to March 22, the division withdrew in the course of the “Buffalo Movement” detachment operation to a shortened defensive section of Army Group center northeast of Smolensk, in line around Dorogobusch north of Duchowtschina around Welisch. The division was withdrawn from March 24th, as reserve 9th Army, and gathered in the area west of Dorogobusch. On March 27, the command of the Army High Command to de-motorize the division, which was then carried out from May 1, 1943 to June 1943 in the Dorogobush area (Army Group Center). The division was then used in the defensive front on the Optucha east of Orel. After the Russian breakthrough began, the division had to retreat to the Oka and then further to the area south of Jelnja in heavy fighting.

According to his official record, he was hit in the head from a piece of exploding artillery. How is Wehrmacht Licence, which looks weathered was removed from his body or person is unknown. A sad reminder of the life of young soldier. 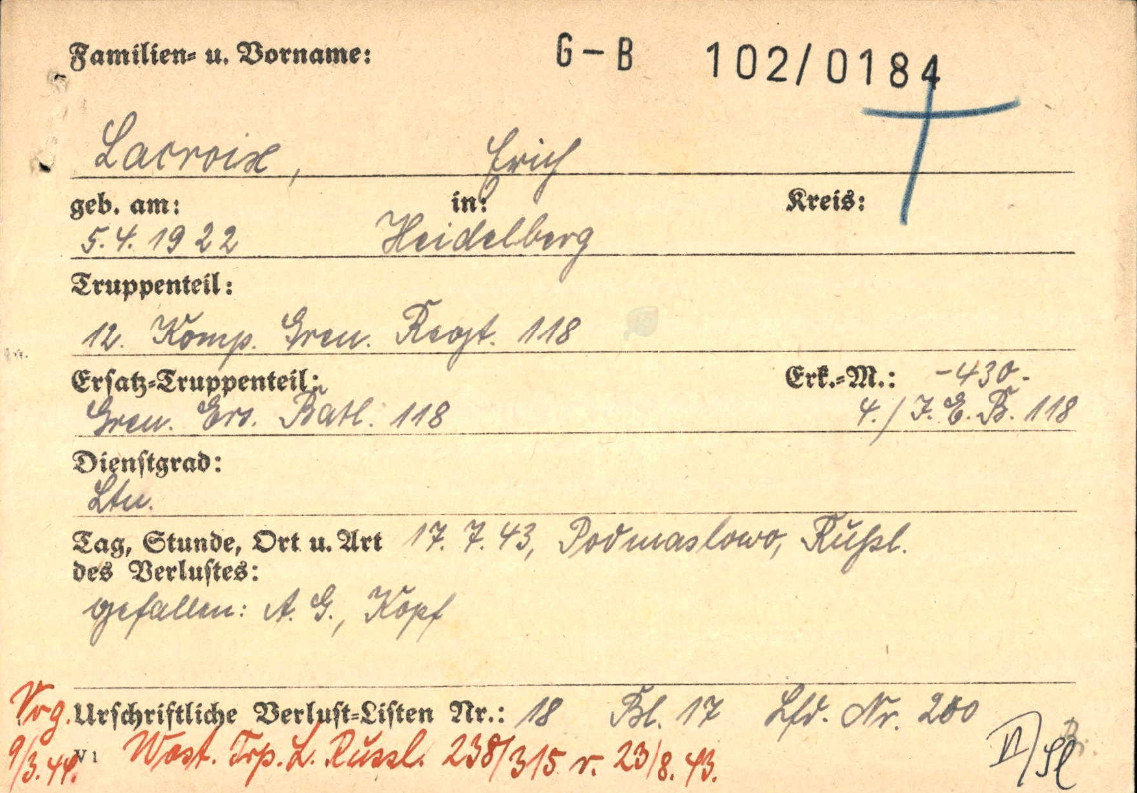