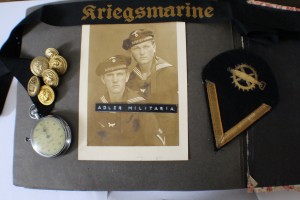 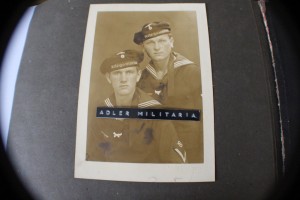 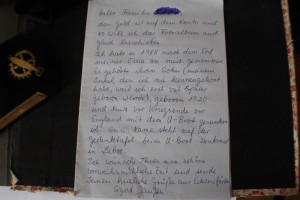 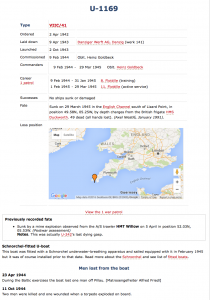 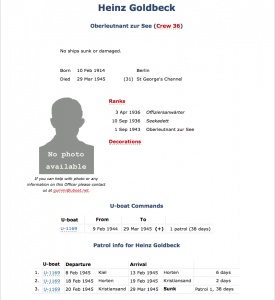 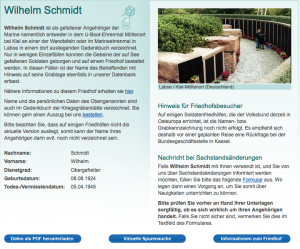 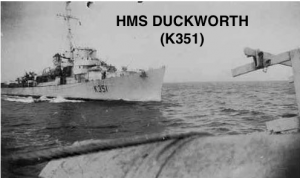 Included in this rare U-Boat grouping:

This lot came directly from the family in 2015 in Germany.

Pictures of the Strasbourg French Destroyer sunk and the carnage inflicted during the Attack on Mers-el-Kébir (French Fleet was destroyed) by the English Military. Costing the lives of around 1300 French Sailors. A very rare chance to get a glimpse of a battle long forgotten in the history books! Note the German tank guarding one of the ships.

Some nice photos of the Famous Flammenwerfer! (Flame thrower).

Amazing pictures of the deck of the U Boat along with some of the equipment including the surface fire Binoculars.

Many pictures showing daily life on the U -Boat!

The U Boat base seems to be the famous St Lorient in France!

He is on the KIA Lists of the Volksbund – and his name is on the famous memorial at Laboe– See Picture.

U1169  Fate – went down on the 29th March 1945 in the English Channel, just South of Lizard Point. Sunk from depth Charges by British Frigate HMS Duckworth.

With loss of all 49 Crew members, including the young Wilhelm Schmidt.

U1169 was fitted with Schnorchel underwater – breathing apparatus and sailed equipped with it in February 1945 but it was of course installed prior to that date.

During the Baltic exercises the boat lost one man off Pillau. [Matrosengefreiter Alfred Friedl]

Two men were killed and one wounded when a torpedo exploded on board.

The lot came from he family with the items pictured during Christmas 2015.

The stopwatch pictured is a seconds timer by Hanhardt, it has some sort inscription on the back I do not know what it stands for. It is in fine working condition.