Incredible Grouping to a well recorded tank commander in on of the most famous units!

I have yet to be offered anywhere such a jaw dropping Panzer Soldbuch, never mind see one for sale.

Conrad Gaida was born in July 1925, by 1942 he was in a Panzer replacement unit and working the post room (humble start).

On the 9th of April 1943 he was fully trained and sent to Panzer Regiment 24, trained as a Gunner and Tank Commander.

In April 1943 the 24th Panzer Division was reorganized in the Lisieux area in France. At the end of July 1943, the division was relocated to northern Italy in the Modena-Florence-Pisa-Livorno area, where it was used for coastal protection.

From December 1943 to February 1944 the division defended the Nikopol bridgehead.

At the beginning of March 1944 it fought north of Nikolajew and then withdrew to the Romanian Carpathian foothills via the Bug and the Vltava by March 22, 1944. From March 28, 1944, the division had to face defensive battles in northern Besserabia.

From mid-May defensive battles followed on the upper Vltava as well as the counterattack north of Jassy until the beginning of June 1944. Subsequently, the division was taken from the front and refreshed until July 1944. After, the division was transferred to Galicia.

From August to early September 1944, the division carried out counter-attacks between the San and the Vistula.

On September 15, the division moved to the Beskids, where it was used to defend the Dukla Pass. From October 11th, the division was moved by rail to the Szolnok bridgehead in Hungary on the Tisza. The division fought defensive battles between Theiss and Ipel until January 12, 1945.

Sent then via train transport, leaving behind the heavy weapons and armoured vehicles to Marienburg / Elbing (East Prussia). In the Elbing area, makeshift refitting with weapons and vehicles was carried out. The division was then used for defense and counter-attacks in South-East Prussia.

From February 21 to March 27, 1945 defensive battles followed in Warmia and the retreat to the bridgehead at Heiligenbeil. At the end of March 1945 the division was still transported across the Baltic Sea to the Fresh Spit near Pillau.

In mid-April the remnants of the division (approx. 4 – 5000 soldiers) were evacuated to Schleswig-Holstein. There the surrender took place.

Other documents and photos included:

Gaida raised the ranks till Wachmeister in 1945!

The Soldbuch is his first issue Soldbuch and would have been on his person from the date of issue. His matching Tag was also first issue, and still retains the neck cord.

He was issued a P39 Pistol, pocket lamp.

Interesting on page 8 of the Soldbuch is that he is allowed to wear yellow waffenfarbe on his cap to signify Cavalry! An amazing entry that I have never seen before and was unique to the 24 Panzer Division!

The most interesting and detailed battle calendar for any Tank Commander, 49 days are listed! One day away from earning the prestigious Panzer Badge 50!

When researching these final days, It would seem that Gaida proved his resilience and battle knowledge.

The following quotes are taken from the book: Unser Regiment, Panzer Regiment 24, Weidman, 1984

Page 283: Already the next day our tanks had to defend against an enemy tank attack on Deutschendorf, around 15 KM north east of Krawitten. The most forward tank was under the leadership of Oberlt Rehäuser, arriving in the night they immediately spotted a large number of heavy enemy tanks right opposite us! Commander of the first tank is Wachmesiter Gaida. In a report to the division, a special attention was given to the unusual circumstances of the attack. In near darkness, Gaida drove forward at a range of 200 meters in front of a row of enemy tanks, that were preparing to advance on Deutschendorf. Wachmeister Gaida shot immediately on the first tank into flames. Now in the lite up battlefield, and taking enemy fire in a lightning speed shot six more tanks! As a result, the enemy tanks broke up, the others retreated. Because of his actions, the dangerous attack was unsuccessful in this sector of the front (…) the next day Wachmeister Gaida fought in the forest and bushes destroying another 5 from 7 tanks that broke through the lines. This report highlights, how by the fighting in Eastern Prussia the individual actions of single tank commanders and their crews could master the situation.”

Summary, this Soldbuch grouping is astounding, and as far as I have collected IDs, I have yet to see 49 Panzer days entered in a Soldbuch! His awards, and his brave actions are well recorded and this grouping will be hard to top if your interested in owning a Panzer Commander!

Another Interesting fact: Pictured are tanks of the Regiment in late 1944 and 1945. 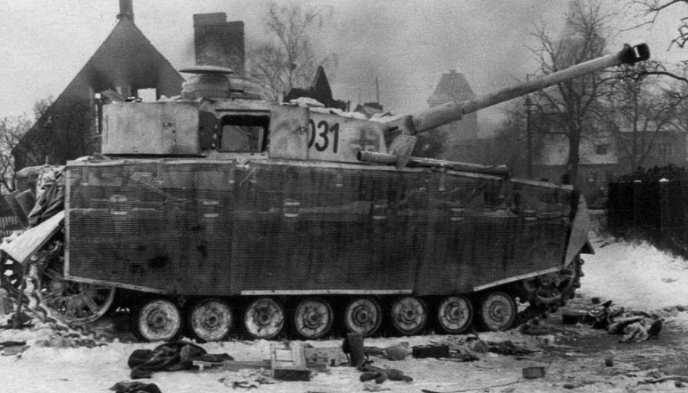 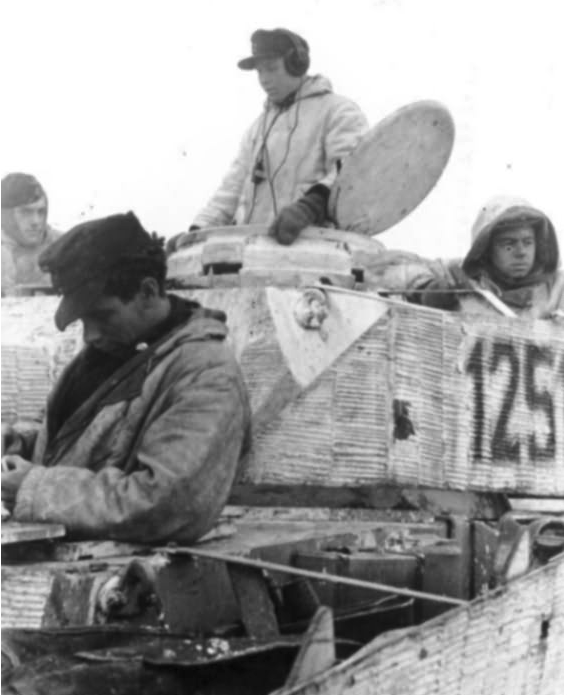 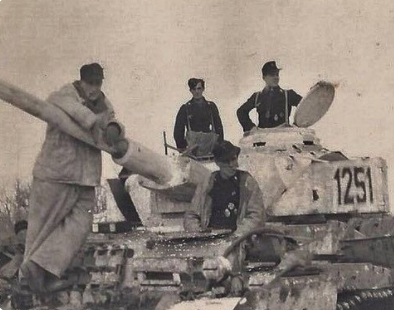